nStride APS (Autologous Protein Solution) is an exciting development in the treatment of osteoarthritis. nStride is a form of PRP (platelet-rich plasma) that is centrifuged twice. This means nStride-APS is enriched with specific growth factors and cytokines that inhibit multiple inflammatory signalling pathways, thereby addressing the pro-inflammatory/anti-inflammatory imbalance observed in osteoarthritis and promoting cartilage health. nStride is a relatively new addition to the Orthobiologics market. The 3-year results of the initial research studies have just been released and demonstrate ongoing improvements in pain levels following a single injection with nStride APS.

11 patients with mild to moderate osteoarthritis of the knee who failed previous non-operative treatment received a single injection with nStride-APS. Pain scores improved from 8.2 to 3 after 3 months and this was maintained by the final follow-up at 6 months. There were no significant adverse effects. The authors concluded that a single dose of APS for the treatment of early to moderate knee osteoarthritis (OA) is well tolerated by the patient, and OA symptoms were significantly improved during the study course.
At the Orthobiologics Clinic we were impressed with the good improvement in pain scores. However, we would like to see a trial with more patients, longer follow-up and a randomised control group. We noticed that the trial was funded by the manufacturer, opening the door for potential bias.

The authors treated 10 patients with osteoarthritis of the knee with a single injection of nStride-APS. Patients were followed up for 12 months. Pain scores improved from 12 before treatment to 3.3 after 1 year. Knee function scores improved from 36.9 to 56.7 after 1 week and 79.7 after 1 year. The authors drew the following conclusions: The results of this clinical investigation indicate that treatment with a single, intraarticular injection of APS in patients with knee OA can be considered safe and warrants further investigation of the nStride APS Kit.
Again, the Orthobiologics Clinic team thought that the improvements in pain and function were impressive, but the publication had the same shortcomings as the trial mentioned above.

The authors carried out a double-blinded randomised controlled trial involving 46 patients with a diagnosis of osteoarthritis of the knee. 31 patients received treatment with nStride-APS while 15 patients in the control group were injected with saline. While WOMAC pain scores showed comparable improvements in both groups after 6 months, the nStride group showed a 65% improvement after 1 year compared to 41% in the saline group. A similar trend was demonstrated with VAS pain scores: the 3- and 6-month scores were comparable while after 1 year the patients treated with nStride showed a 49% improvement in VAS pain scores compared to 13% in the saline group. There was no difference in knee scores (SF-36 and KOOS) at any time between the study groups. The authors also analysed the findings of MRI scans before and after treatment. They noticed that he main finding of the present study is that a single intraarticular APS injection is safe (similar to saline injection) and provides pain improvement at 1 year in patients affected by knee OA. Other measurements, including VAS, responder rate, KOOS, and SF-36, failed to show significant differences compared with a saline control injection. MRI analysis demonstrated few significant differences between treatment groups; however, there were significant differences between groups in change from baseline to 12 months in bone marrow lesion size and osteophytes in the central zone of the lateral femoral condyle, both in favour of the APS group as measured by MOAKS. No changes between groups were measured in cartilage; therefore, further studies are warranted to determine if changes in bone marrow lesion size and osteophytes could be attributed to APS or if these observations were caused by other factors.
At the Orthobiologics Clinic we analysed this publication with great interest since it was the first randomised trial investigating nStride-APS. Patients treated with nStride showed superior results over the saline group in terms of pain and some MRI scan findings. In other areas however, there was no difference between the groups. We can only conclude that the placebo effect is strong when it comes to interventions like injection treatments. Nevertheless, the improvements in pain after 1 year were encouraging to see as pain is the most troublesome symptom for patients.

This most recent presentation at the congress of the International Cartilage Repair Society analyses the 3-year outcomes of the same patients from the above publication. During the 3-year observation period there as a 70% improvement in WOMAC pain scores, 114% improvement in KOOS pain scores and 42% in VAS pain scores. The authors concluded that Intra-articular injections of APS for mild to moderate knee OA was safe and a portion of patients continue to have pain relief 3 years after a single injection.
At the Orthobiologics Clinic we were excited to see the sustained and ongoing improvement in pain scores after 3 years from a single injection. However, we would have liked to see the 3-year results of the control group as well. 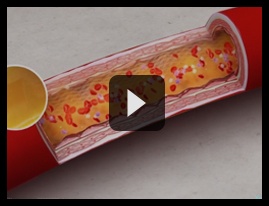 To book an appointment or for any enquiries please phone us on , email info@orthobiologicsclinic.co.uk or use the enquiry form below.